Cellphones and mobile devices can be critical pieces of evidence in a crime. It can also be challenging to put the puzzle pieces together after a crime has been committed, especially when a person’s life or freedom is at stake.

At LATRO, we bring our expertise in the telecom world, big data, and advanced analytics to cellular forensics to help attorneys and law enforcement sift through the data to ensure they make the suitable case and justice is served. 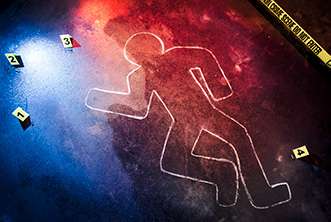 How CDR Analysis Caught A Murderer

LATRO CFL primarily uses CellHawk analytical software to analyze and map cell phone records. During this process, our analysts break down the large amount of data provided by the Mobile Network Operators into useable information that meets the needs of your specific investigation. Geolocating the general location where a phone was likely to have been during its use, pattern recognition, and many types of frequency analysis are just a few of the objectives we attempt to meet when analyzing CDRs.

LATRO’s experienced investigators assist our attorney clients with their criminal or civil cases by conducting thorough investigations and consulting with them along the way. 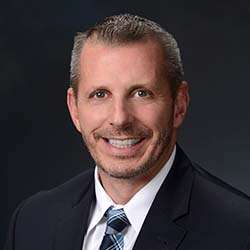 Tom was a member of the United States Navy from 1993 – 1998 as an Aviation Warfare Systems Operator overseeingradar and electronic surveillance equipment. He then received his Associate’s Degree in Applied Sciences with a concentration in Criminal Justice, and shortly after started and completed his 20-week police training at Temple Police Academy. He was then hired at the Easton Police Department, where he worked for a total of 15 years, first as patrol and later being promoted to Detective in the Vice Narcotics Unit.

While Tom was employed with the Easton Police Department as a Detective in the Vice Narcotics Unit, he specialized in Cellular Records Review and Analysis and other records for all major United States mobile network operators. He is also a Cellebrite Certified Logical Operator and Physical Analyst, an expert in Mapping Cell Phone Towers, Cellular Records Review and Analysis, and trained on Hawk Analytics – specifically in cellular technology, mapping, and analysis.

Tom is also a part of the Lehigh County Digital Forensics Task Force Petzold Center on a part-time basis as a Cell Phone Forensics Analyst. In addition, he is a member of the Philadelphia Area Electronic Crimes Task Force.

Tom currently resides in the Lehigh Valley and enjoys spending his time with his family and friends, watching football, and remodeling his home.

Speak to one of our cellular forensic experts

You can set up a call with one of LATRO’s specialists who can help you with your forensic analysis or expert investigative needs.

Fill this form to begin the process: